Staircases in the Woods: Check out these Horrifying Incidents

What kind of horrifying story have you heard? Do you think it is the most frightening? Wait till you encounter the staircases in the woods. Stairs in the woods? What rubbish, why will there be stairs in the forests? Right…that’s what anyone will think of reading it.

These are real incidents that happened with a lot of people. There are stories explaining the incident of finding a staircase in the forests. People have shared their scary and mysterious experiences of coming before random staircases amid the forests at nights.

These stories don’t belong to a particular forest but have happened all over the world. These staircases lead to nowhere, they just appear suddenly and vanish away. Mostly, they are made of wood and when you go to that place in the morning, the place would be empty.

Some stairs are old so we can believe that they were built in the olden days as a part of a town, village, castle, or something but they are found alone with no other evidence of any surrounding bricks or walls.

Also, some stairs are having a modern construction so it is very weird that who has built such a modern staircase in the woods and that too leading to nowhere.

We have listed down some incidents that have happened with people when they were traveling through the woods for one or the other reason. Let’s check them out.

This incident was reported by a person who used to work with the CDC as an infectious disease specialist. CDC team was working in the forests for some investigation for 6 months and they came across the weird staircases. In fact, not only one person but many of the team members witnessed this incident at night.

One similar incident from Sweden but much more engaging and taking us close to something scary…it happened with two students who had gone for hiking in the forests. Both the students (Axel and Isak) were traveling in the forests and suddenly they came across the mysterious staircases.

One will definitely fear seeing such mysterious staircases in the middle of the forest without any purpose. Axel was clear that they shouldn’t do anything about the stairs and move away from it but Isak was willing to climb the stairs to see where it leads too and they eventually climbed.

When they stopped to take a breath, someone put a hand on Alex’s shoulder. Alex thought it would be Isak’s hand but when he turned back to see whose hand it was, there was no clue. Isak was far behind him!

Scary, frightening, and mysterious experience for these two students that had given them strong goosebumps. Alex had mentioned that the touch was cold, can’t think what kind of blood-curdling experience it would have been for him!

This is one other story; the place is not confirmed where it has happened but it is mysterious as well as injurious. It belongs to a forest where a senior park ranger was training a junior and he told him about his own mystifying experience in the forest.

The senior ranger and one other person came across a lone staircase in the woods. They found it weird so out of curiosity, they started climbing it and when they reached the top, the other person held out his hand to touch the branch of a nearby tree and his hand got cut off. Badly horrifying experience for both of them and the cut hand was not founded after that, it got lost.

We can’t believe this story, a very abnormal one if it is true! 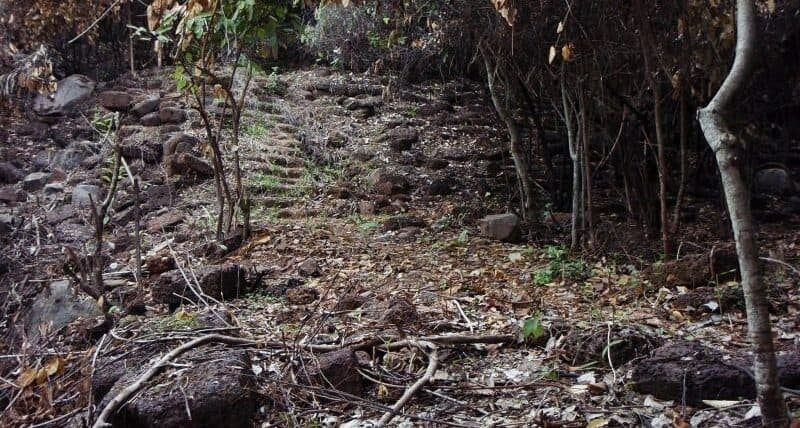 The Phnom Kulen mountain in Cambodia has a 2000-foot-long abandoned staircase. It is expected to be very old and there is no concrete reason found why it was built. It might be possible that it might be leading to some destination in the olden days but then it got abandoned. Whatever the reason may be, these stairs are a mystery even today! 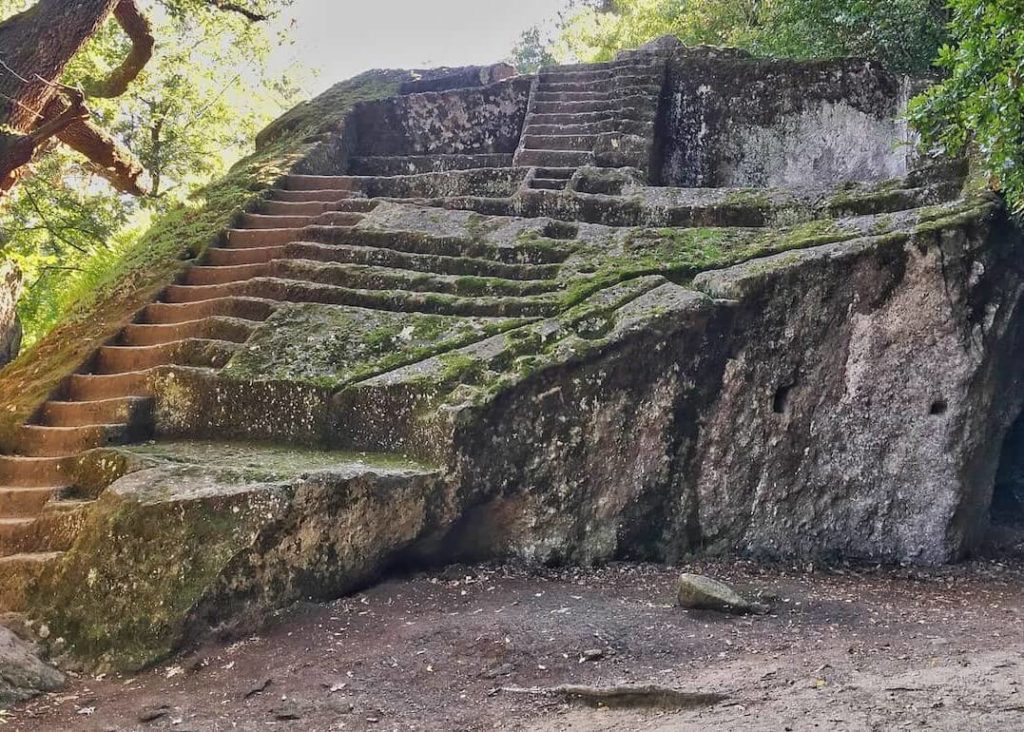 This place in Italy is a stone structure having numerous stairs leading to a small platform at the top. It is an ancient structure about which rumors are going on that people living here used to perform sky-based divinations.

Your email address will not be published. Required fields are marked *